We travelled to Regina, Saskatchewan for NAIG 2014.  We had two kids playing for Team Ontario.  One on the U16 boys volleyball team and one on the U16 girls soccer team.  As we took our time driving out we stopped for gas and saw this big ole moose. 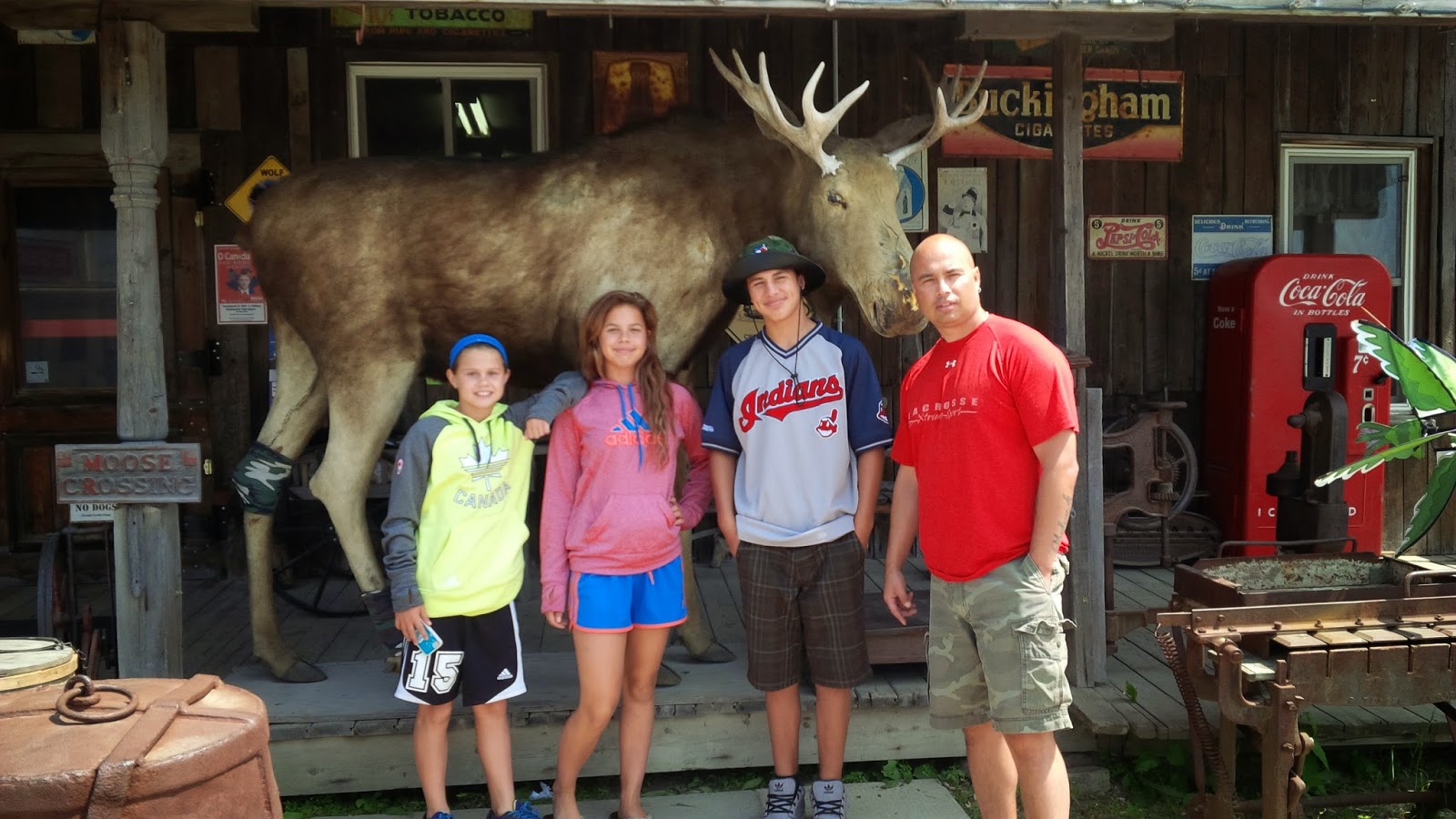 Moments after we left the gas station we see a live moose sauntering across the road.  I actually saw two that day but I was driving when I saw the second, larger one so I wasn't able to get a picture. 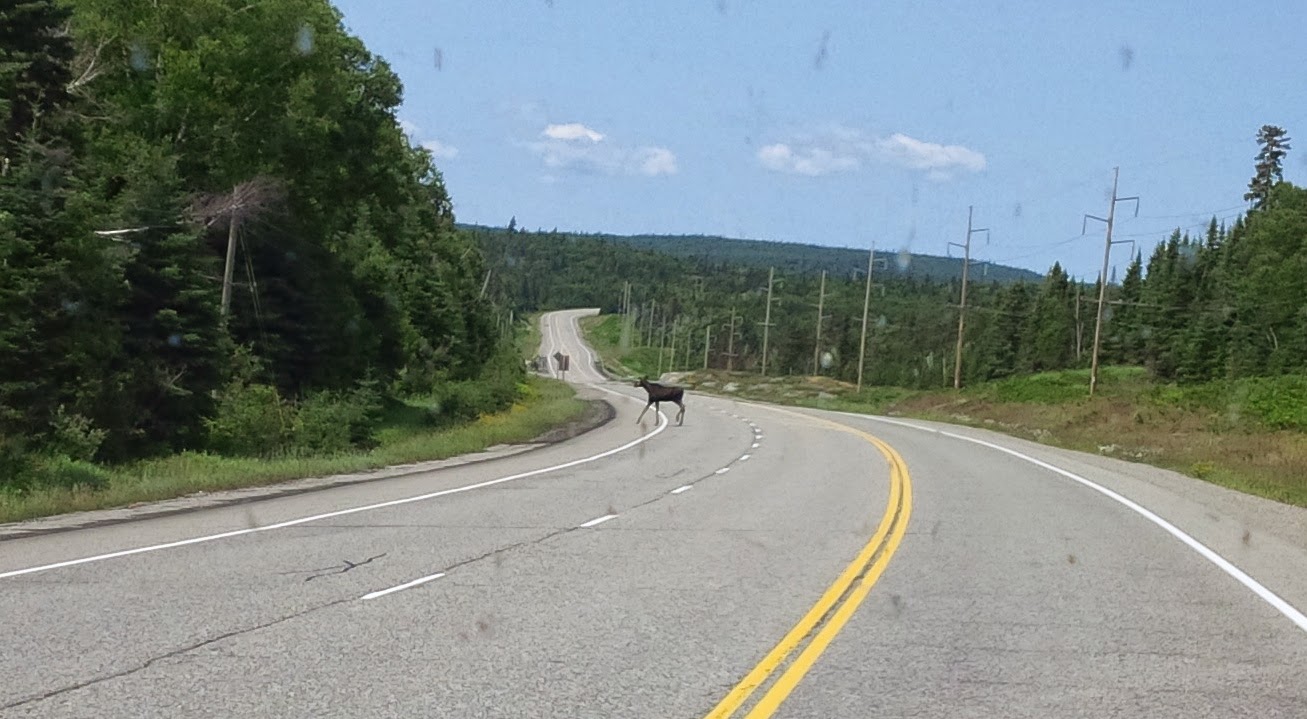 Yes, we are goofy and stop to take touristy pictures whenever we can. 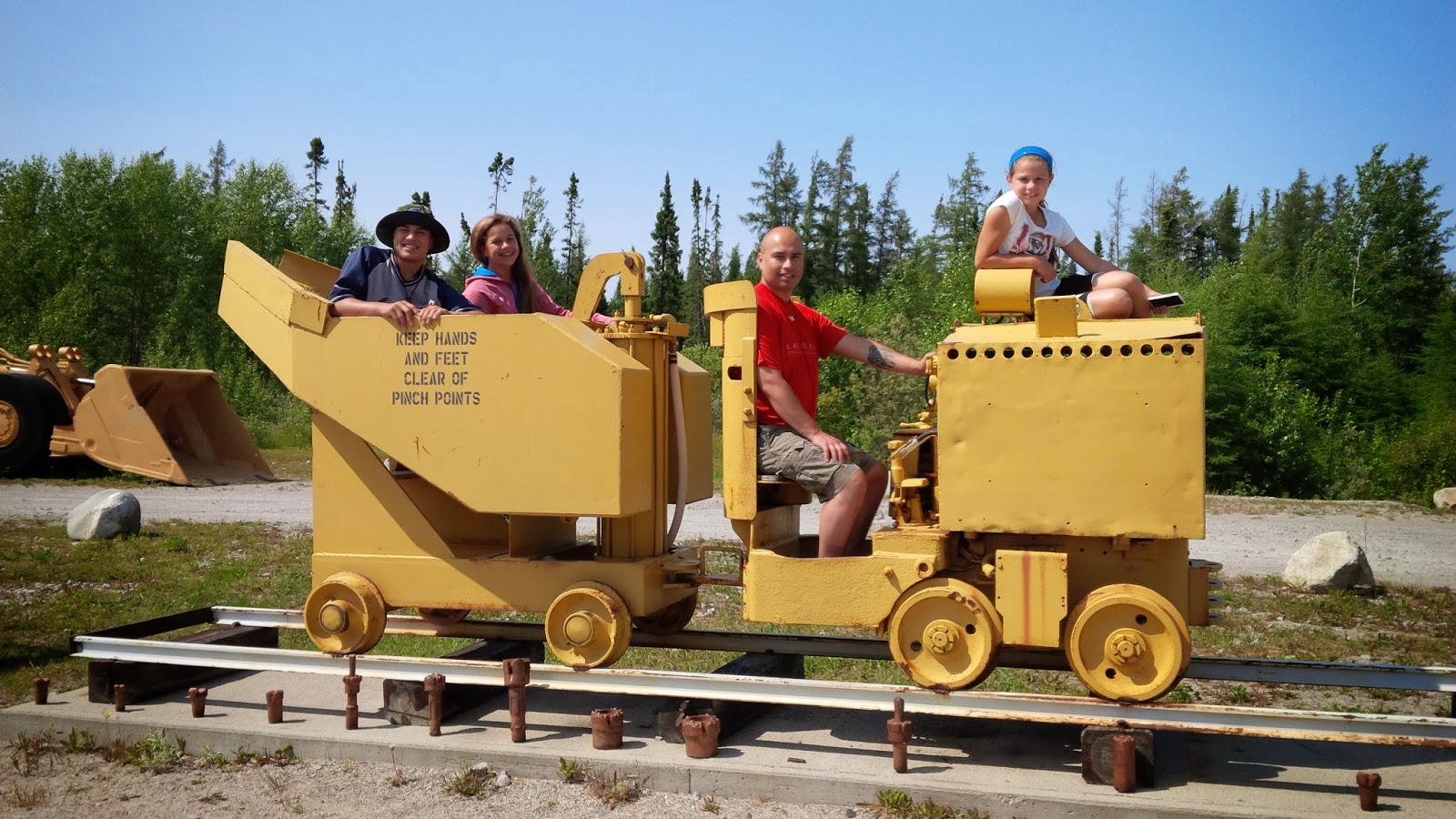 Once we got to Regina and got our athletes settled in to the athletes village it was time to find our way to the Opening Ceremonies.  The Opening ceremonies were fantastic, quite the production, very well executed and entertaining.  There were quite a few musical guests and the hand over ceremony of the paddle from the last Host of NAIG in BC to the current Treaty 4 hosts in Saskatchewan was pretty cool. 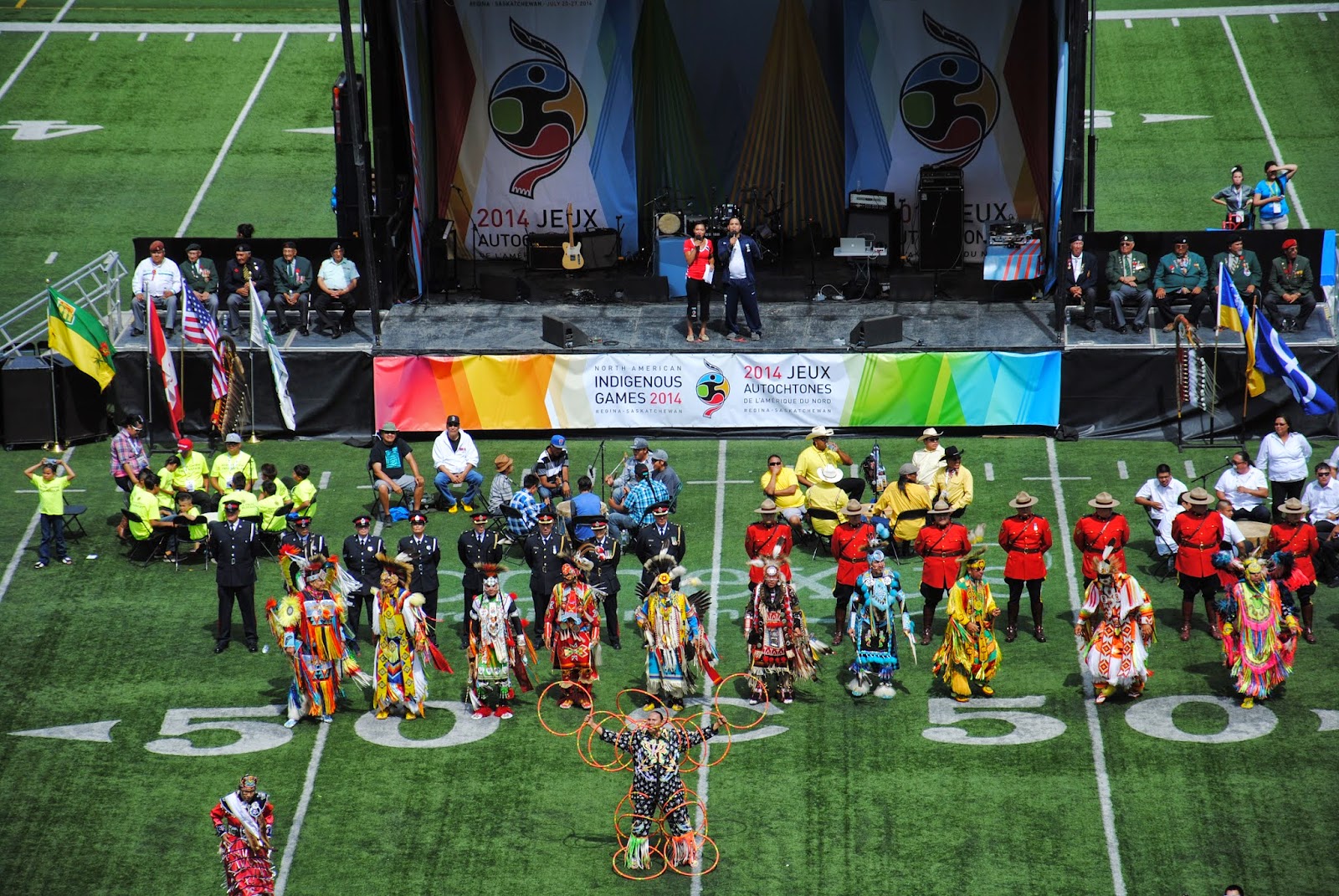 I really underestimated the size and scope of the games.  Seeing the parade of athletes was almost an emotional experience.  They all looked so happy and proud to be representing their communities and Provinces/States. 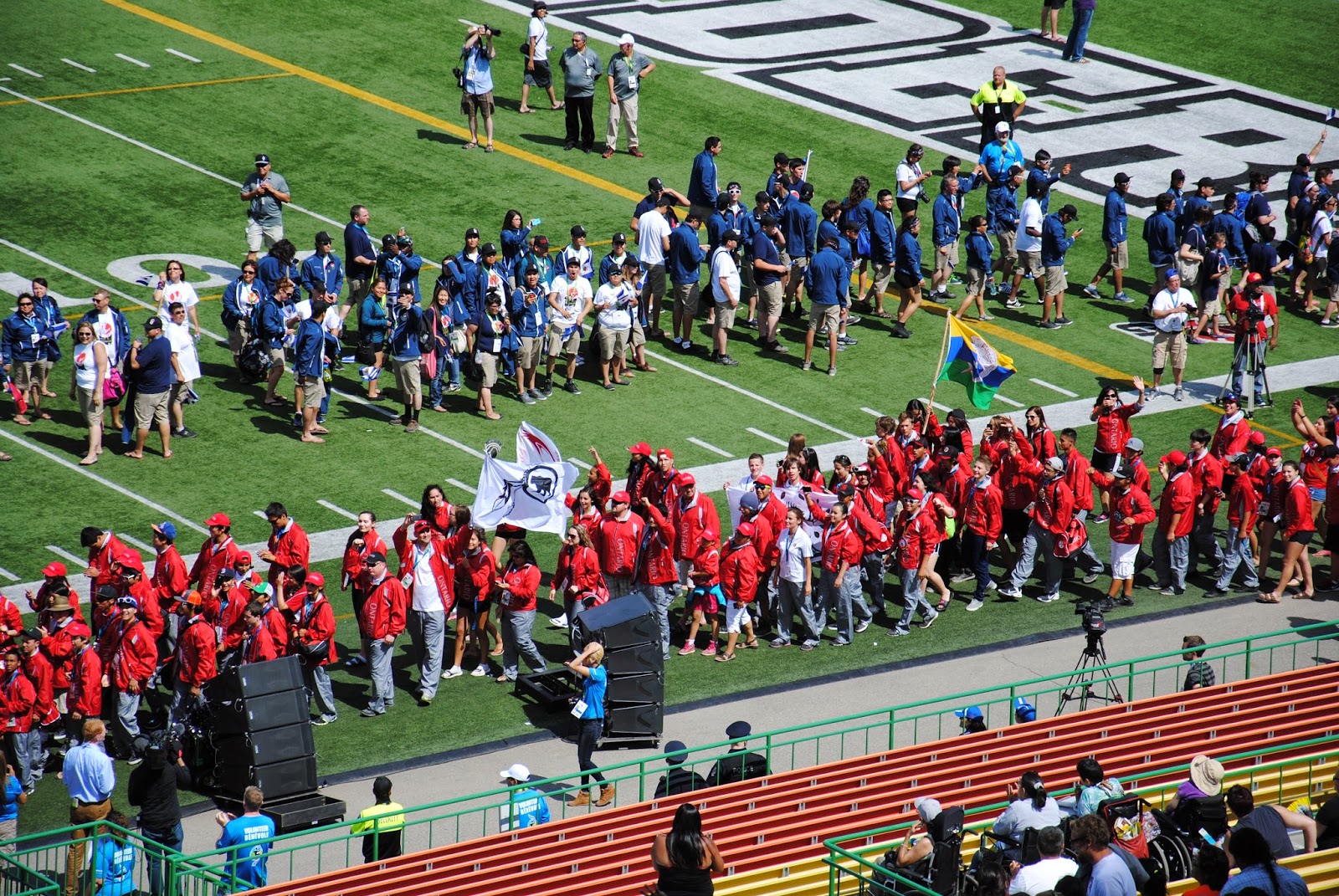 After the athletes entered the stadium the Saskatchewan Native Theatre Company did a history of Saskatchewan from the last Ice age to present day.  It was so creative that we really enjoyed it.  These buffalo head props were so simple yet effective. 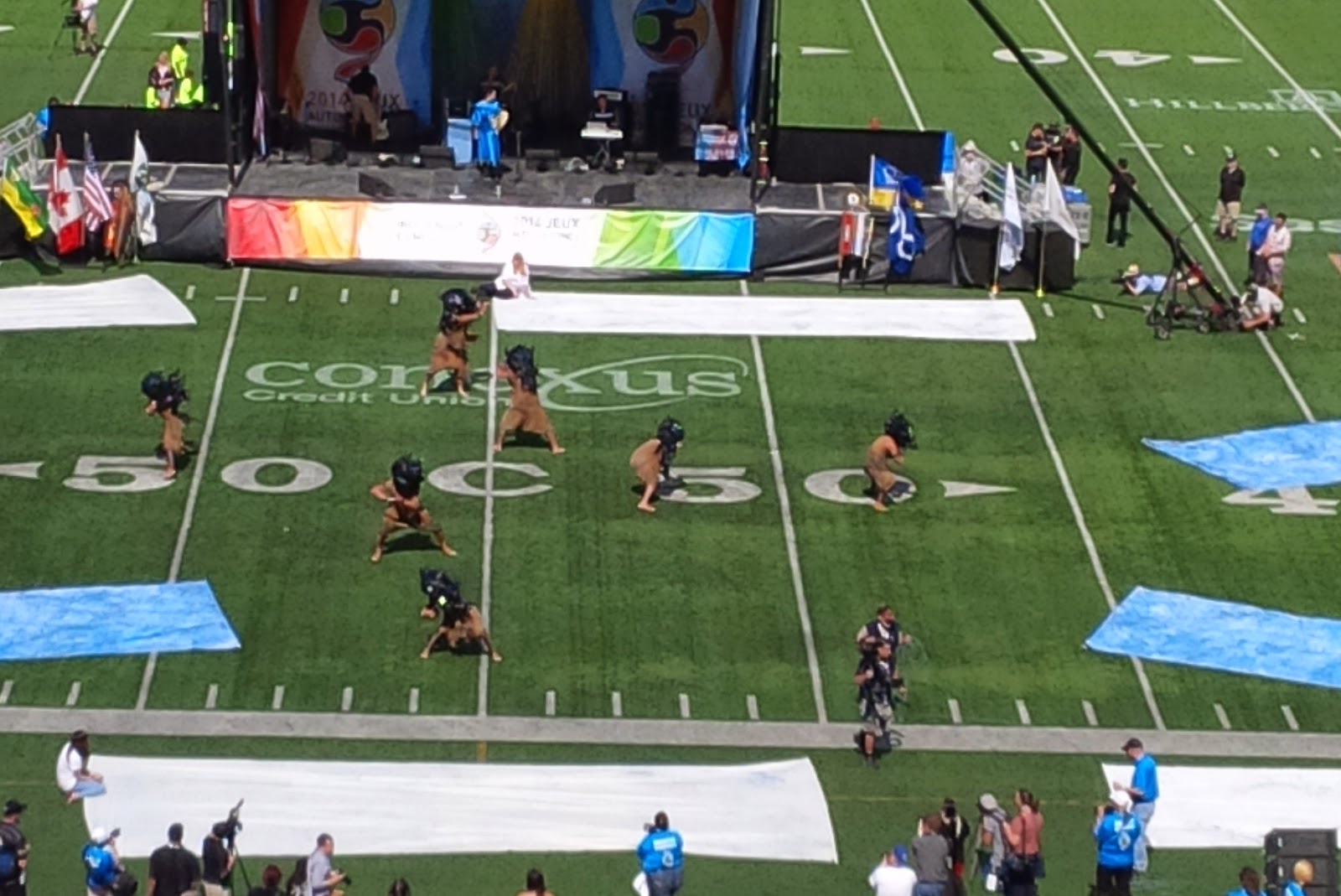 Running concurrent to the games was a separate cultural village with workshops and performances scheduled for each day.  There was even a tent of vendors.  We only made it to the village twice but we were super excited to catch Murray Porter on stage. 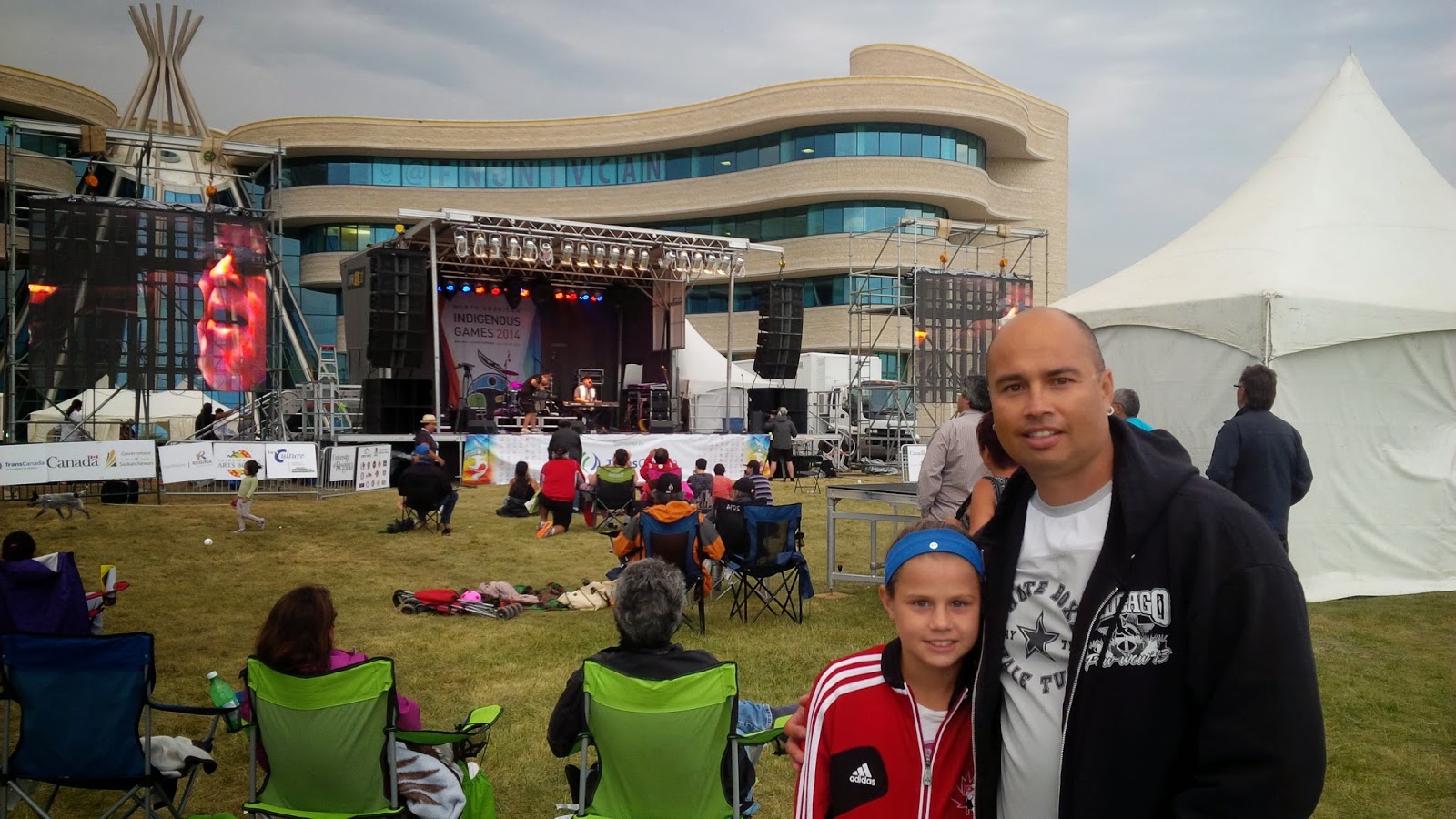 Team Ontario U16 Girls Soccer fought hard throughout the tournament to take the gold! 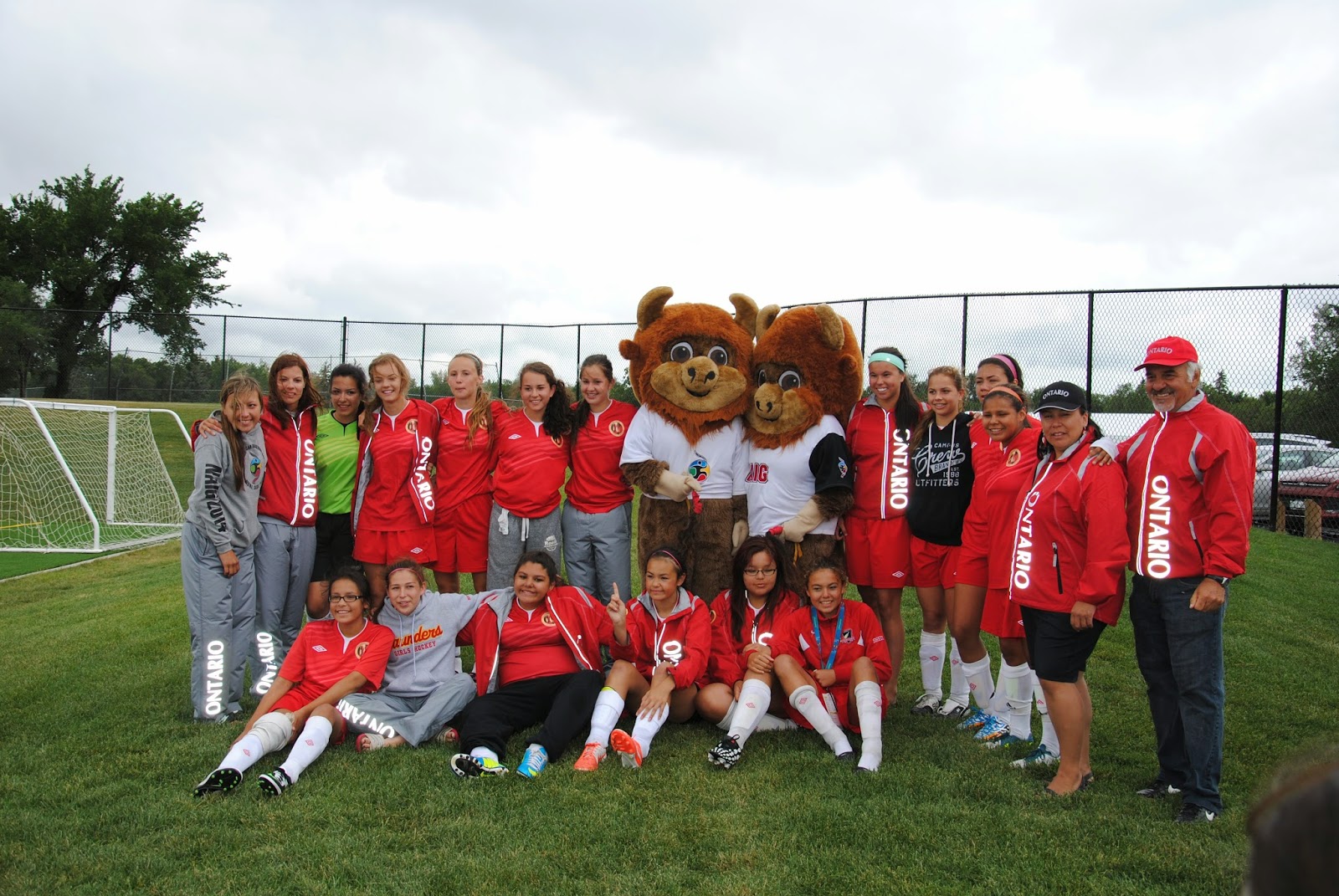 Team Ontario U16 Boys Volleyball came through for a Bronze Medal!  In the end Team Ontario ended up third overall in the medal standings behind first place BC and second place Saskatchewan. 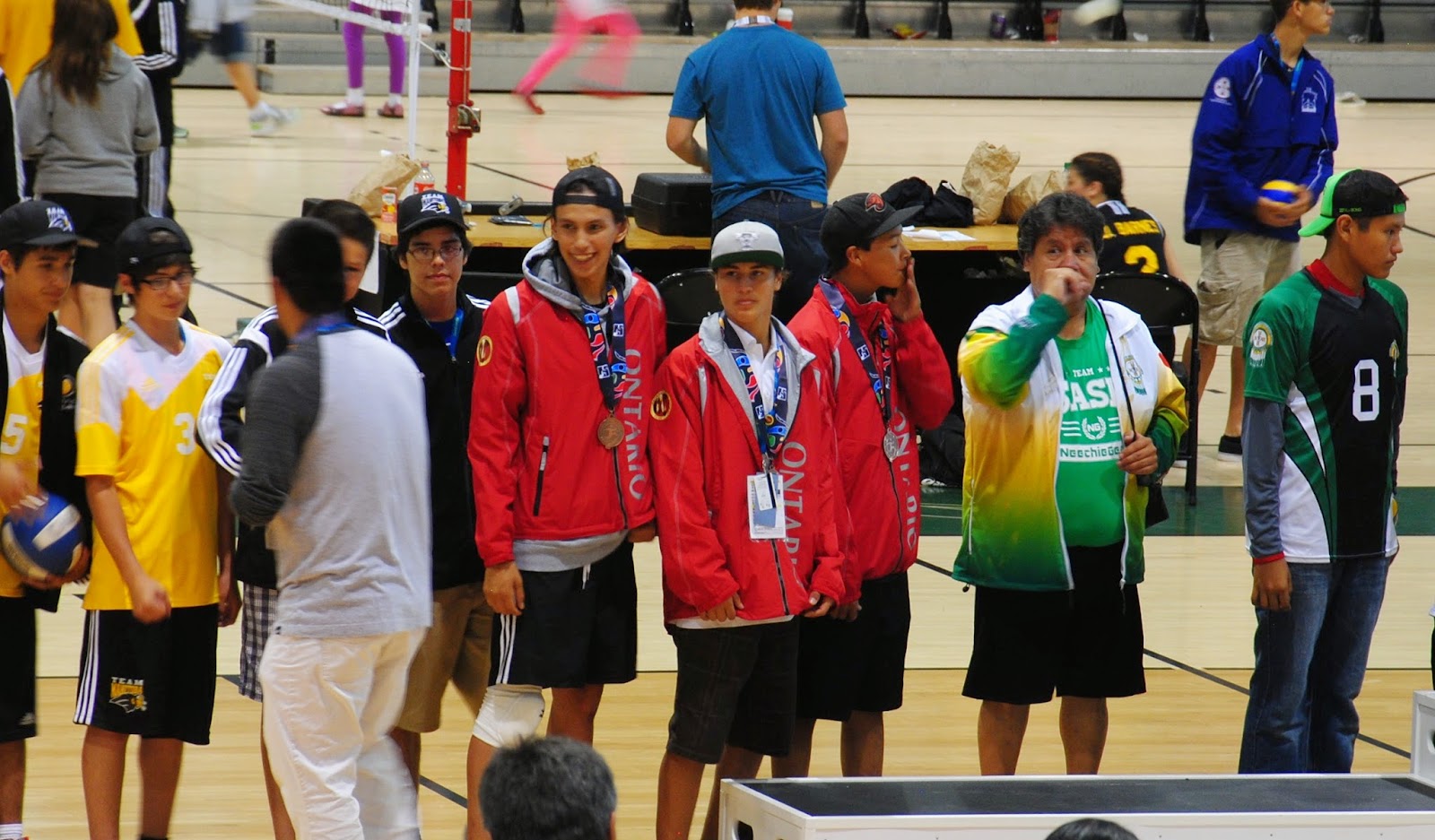 Thank you to all the Organizers, Host community, and Volunteers for such a wonderful experience that will be remembered forever.  Nia:wen ASWCO for all the hard work that allowed all the athletes a once in a lifetime experience.