November has flown by so quickly and saw us split up into two groups several times this month.  We visited some pretty awesome schools and had a blast doing it.  I found this image on Facebook on The Cohes Falls and The Iroquois page.  They post some really interesting stuff there. 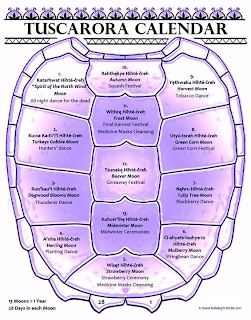 When we do school performances quite often we use the gym store room as a change room and I don't usually pay much attention to the equipment.  However this week at one of the schools I happened to notice this bin of rubber chickens and I thought to myself, "Now this is a fun school.  Clown class and everything." 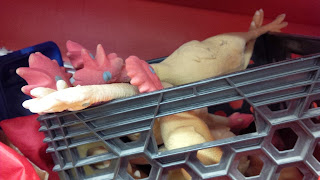 One of the days Jacob came along to perform with us and we were split into two groups.  It was great having him and the students were so impressed to see a teenager on stage. 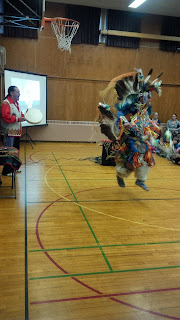 We were at Lisgar school and in the pod that we were doing our workshops in I saw this colourful wall of Morriseau style art.  They are all so beautiful.  Great job students! 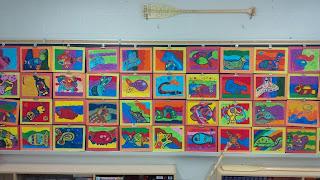