Last night the group participated in the opening of the Little Native Hockey League tournament at the Hershey Centre in Mississauga.  We did a smoke dance then came back to dance to a Tribe Called Red track during the finale concert.  The place was packed and the energy was electric. Too bad I sprained my ankle on the way to the event. I was so glad Kaitlyn was able to fill in for me extremely last minute. Check out our experience!

As much as I wanted to dance, it was really fun dressing Kaitlyn in my outfit and sending her out to perform.  I was so grateful to run into her when we arrived at the venue. 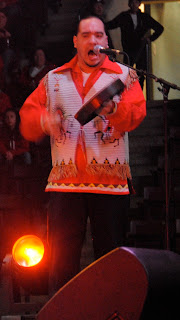 Adrian, once again doing his thing. 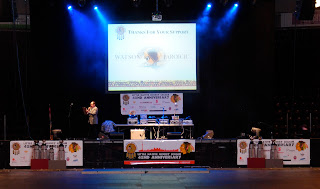 The MC for the event was Cec Sault.  He did a great job keeping things moving along. 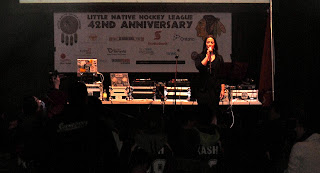 Cheri Maracle sang the National Anthem in both English and in Mohawk.  That was pretty cool as I had never heard that done before. 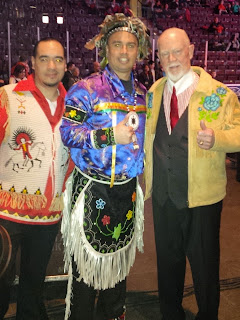 One of the coolest things about the event was that Don Cherry was there to wish the athletes and organizers well.  Now that is a snazzy jacket. 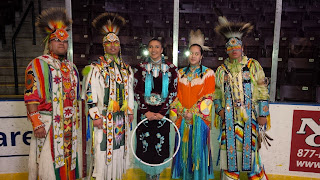 Lisa Odjig was also Hoop Dancing at the event.  You may remember her from Canada's Got Talent last season. 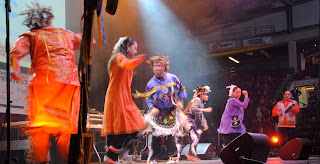 There was a lot of really cool entertainment last night.  Jace Martin, a b-boy crew and a hand drum group from New Credit First Nation were all there.  During the Tribe Called Red finale concert people were dancing all over the place.  It was really fun to watch the mascots from the different teams dancing up a storm.