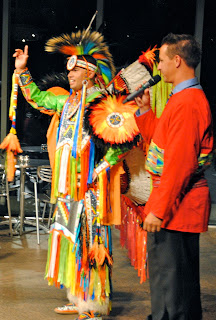 Derek and Eric the interpreter at the Department of National Defense Gala at the National Gallery of Canada.  We felt he needed to wear one of Derek's shirts so that he fit in with us better. 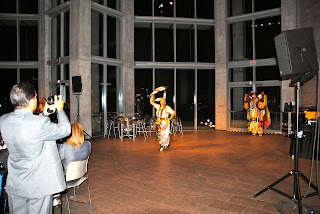 We have never performed here before so we were happy to note that floor is not slippery!  This is a big deal to dancers.  Falling in a performance is a definite mood killer. 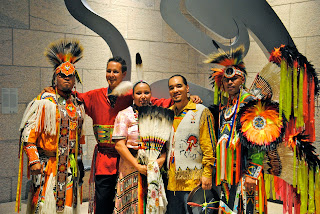 I missed the group shot because I was busy talking with a real nice lady on the staff at the Gallery.  I didn't even notice that they were getting a picture taken.  Oops.  I'm usually the one forcing the group to stand still for pics. 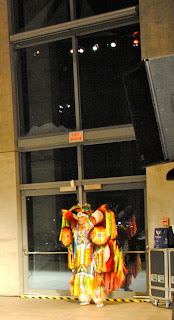 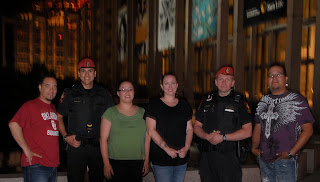 When we first arrived and were unloading we met a Kiowa fellow.  I of course missed his name but as it turns out He and Adrian were born in the same hospital in Lawton, Oklahoma.  They were like 2 peas in a pod all talking southern native slang. 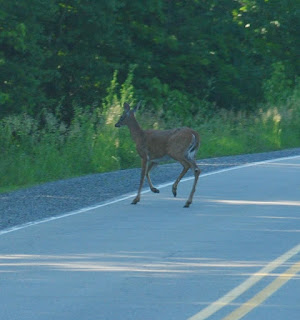 The 401 was closed and we had re-route through a bunch of small picturesque towns along the way.  I was surprised that we only saw this one lone deer.  Usually where there is one, there are others. 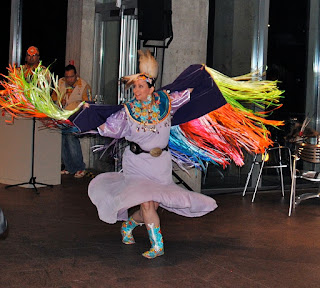