I just love this time of year.  My brother makes Black Gold or as it's more commonly know "Maple Syrup".  The process starts for us with the chopping of the wood for the fire.  My brother goes out and does the actual tapping of the trees.  He went about learning how to do this on his own.  How awesome is that? 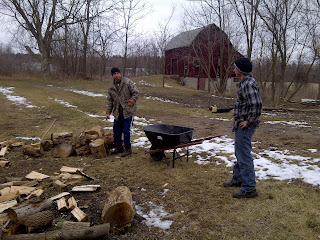 We take the jugs out to the bush to collect the sap from the trees.  I think that is my favourite part of the process. 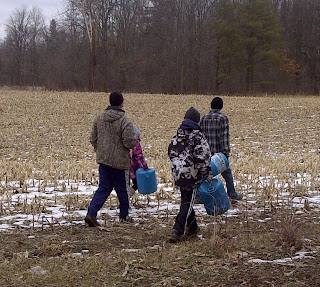 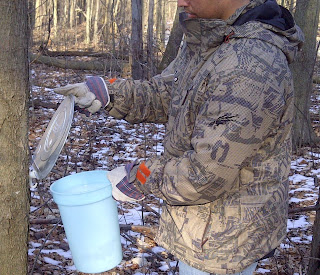 The first day we went out to collect the sap it was starting to freeze.  I think the sap tastes good as it is but nothing beats the final product. 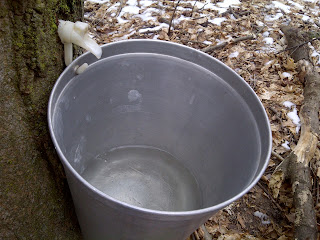 I am a bit of a klutz so when the boiling starts I just try to stay out of the way.  I think next year we need to build a shack for the boiling process maybe put in some couches and a big screen.  Maybe that's not such a good idea, we'd end up watching a movie and burning the syrup. 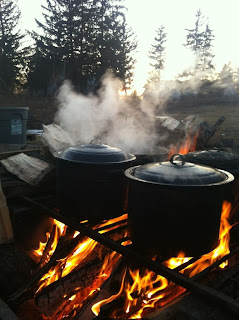 It does take many hours to boil down the sap to syrup but it seems to go by fairly quickly with everyone being together and having a good time.  The "black gold" is definitely not the only positive outcome of this activity. 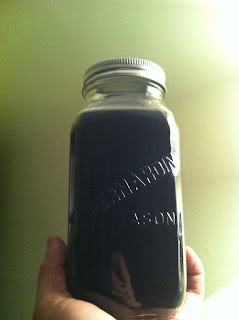