This post is several months in the making.  Derek started this beaded cape for a men's fancy dance outfit in November 2011.  He took pictures throughout the progress and It was completed in January 2012.  He started by making his pattern on tracing paper. 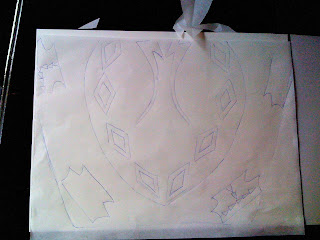 The next step was drawing the patterns onto the canvas after he had cut them out of the tracing paper. 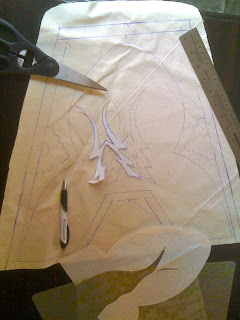 Derek then used a spray adhesive to attach some stiff felt to the back of the canvas.  He thought that the canvas would probably fray too much by the time he had finished the project so he added the felt for some added weight.  Because the project would have to go through the sewing machine at the end he made sure to keep the spray adhesive away from the edges of the beadwork. 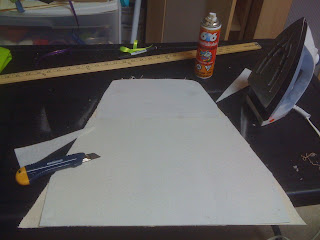 Once the backing was attached and the designs were drawn on the canvas he was ready to start beading. 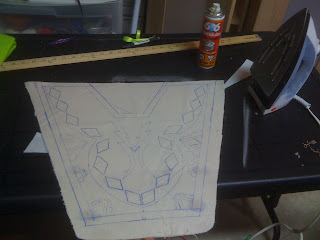 He started by going along the borders and by using a straight stitch to do the detail work. 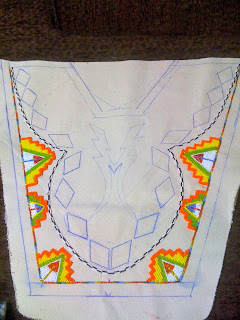 Once the detail work on the border was completed he then started the fill in for the border. 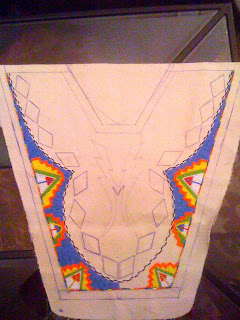 He used a straight stitch for the entire project.  He did spend the majority of the time doing the fill in with the gun metal grey beads. 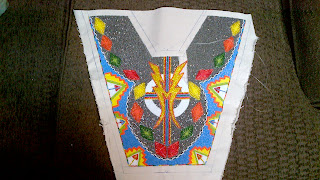 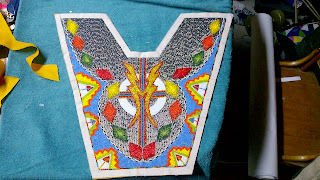 For the backing Derek used some scrap broadcloth that was left over from another project. 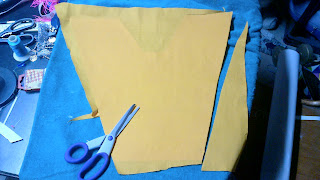 The backing was attached with Heat n'Bond and then black bias tape was sew around the whole thing using a decorative stitch on the sewing machine.  Last, ribbon was sewn on and tada - the beaded cape is now ready to be danced in. 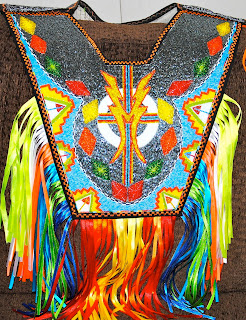 Email ThisBlogThis!Share to TwitterShare to FacebookShare to Pinterest
Labels: outfits