Derek appears in the commercial for the upcoming "Canada's Got Talent" show on CityTV.  I have included the link below if you haven't seen it yet.  I love that he appears twice even though both times are literally less than a second so do all your blinking needed before watching the clip or you will miss him both times.
Canada's Got Talent

This was the first time he had been in a real studio and it was impressive. 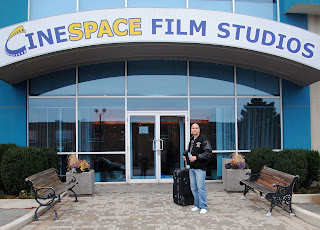 The whole experience went by so very quickly.  Once he was on set, it was filmed and we were gone.  The crew was so nice and do they ever know what they are doing.  I have no idea how long it took to get everything ready to shoot but once it was ready to go it went fast.

Derek did 4 takes, 2 in full light and 2 in shadow.  They ended up using the shadow shots.  After his first take a fastener on his angora leggings came off and off course its black.  The crew flew over to help him find it so that they wouldn't get behind schedule. 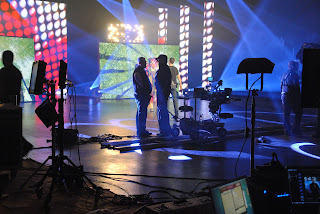 The set was beautiful.  The scenery and lightning were breathtaking. 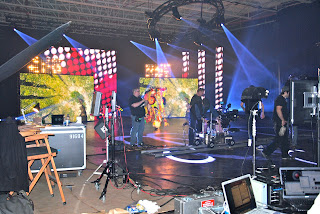 I was pretty excited to be able to go with him and watch when they filmed.  All the stuff that happens behind the scenes is fascinating to me.  I almost forgot to watch Derek dance because I was watching what everyone else was doing at the same time. 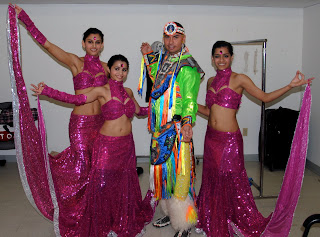 These beautiful girls also appear in shadow in the commercial.  It's unfortunate you don't get to see them more clearly.  The studio they come from can be found through the link below. 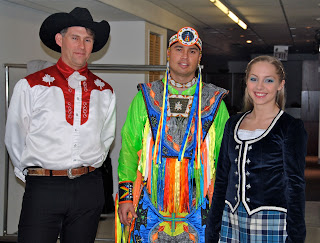 Derek is a very social guy, if there are people around he is going to go and talk to them.  Today was no exception.  He just had to meet these two who also appear in shadow on the commercial.  The Cowboy worked with several people from our Reserve long ago in a travelling show.  Talk about a small world.
This experience was so fun for me because I was able to just take it all in.  It was a bit more stressful for Derek because he always wants to do his very best but I think he did a great job.