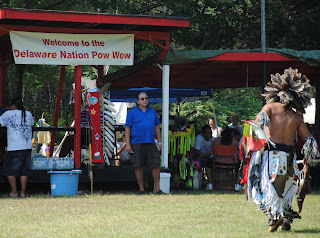 It has been a few years since we have been to this powwow. I liked the fact that it was pretty close. All the way there we debated whether to go or not because there were severe weather watches but in the end we only got just a few tiny droplets of rain during the event itself.

The grounds are very pretty and it seems they have done some work on the arena itself because the grounds were very nice to dance on.

I was pretty happy with my contests this weekend. I loved that we got Eagle Flight to sing both our songs on Sunday. 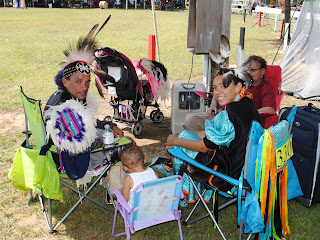 We were happy to see the Ridgeways at this powwow. We have been seeing them a lot this summer out East. 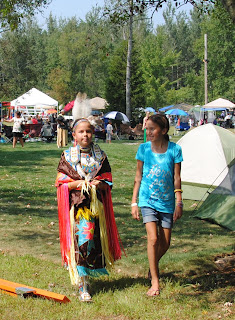 Derek took first this weekend. He was shocked when he heard his name called. He has put a lot of time in on his outfit over this summer. He is constantly making changes and improvements.

These action shots are all from our exhibition round on Saturday afternoon. It was very very hot and muggy. There was a vendor selling giant freezies. That was the best! 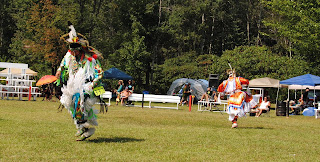 We had a choice of 3 different powwows to go to this weekend. Originally we were all set to go to Shinnecock in the Hamptons but when we found out it was four days long that nixed it for us. The kids go back to school on Tuesday and they need at least one day to chill out before they start their new year. 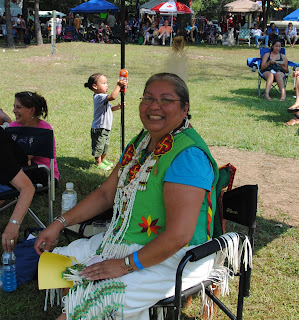 I love Charlene's top. The whole thing is fully beaded and very detailed. The coolest part is that the sleeves are removable. 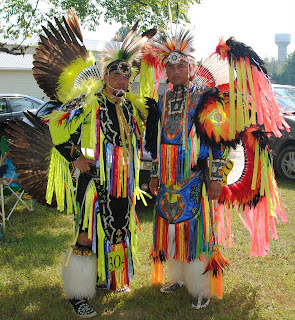 Tribal Vision was well represented in the fancy category. Yes, Adrian does dance. You may not know it from our shows but yes he does. 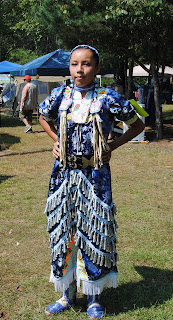 The age categories were a bit different than usual here and Cheyenne was sent back to teens. She won as she is an amazing dancer. She floats across the ground.
We look forward to seeing everyone at Akwesasne Powwow this coming weekend.