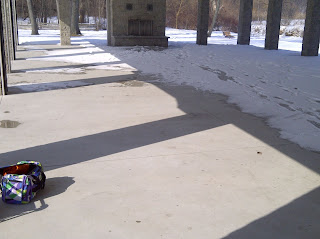 Yesterday was quite interesting for me. We had to split Tribal Vision up and send Derek and Adrian to do a workshop at Eastview PS in Oakville, while I went to Sarnia with Grand River Rafting and Treks in the Wild. The support staff from Lambton College had a PA activity in a very nice park. We arranged an afternoon of outdoor activities. My portion was obviously teaching dancing. Yes, the above picture is the space I had to work with. I figure you can dance anywhere so I made it work. It was awful chilly while I waited for my next group to come. 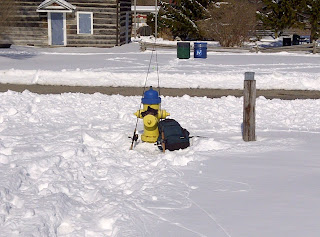 The participants were broken into 6 teams and they rotated to 3 stations. At each station they competed against a different team in the outdoor challenges. At the above station they had to cast the fishing line for accuracy and also do moose calling. While the guys were setting up their stations I was practicing with the fishing line. There were a lot of people out for walks and several stopped and were joking that this was a strange way to ice fish. lol. I told them I was fishing for snowballs. 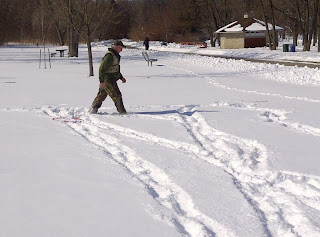 This is Barry laying down the hoola hoops that you had to cast your fishing line into. It is a lot tougher than it sounds. 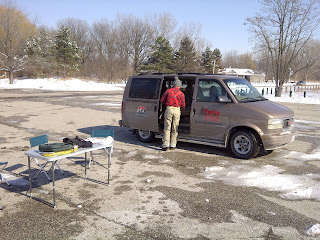 This is Andy from Treks in the Wild. He was dressed as a lumberjack for the day. When the participants arrived I noticed that quite a few had on flannel coats. I didn't realize they were given extra points for a lumberjack costume. Maybe it was regalia they may have actually been lumberjacks. (inside joke). I just thought that this was a weird fashion statement out Sarnia way.
All in all, it was a great day. I hope Derek got pictures from his workshop so that I can put them up soon.