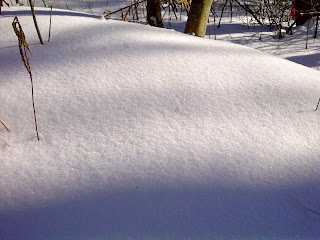 So it has been a few days since I last posted. We have been busy working on some new partnerships and putting together new workshop and performance ideas. We have some new and exciting things in the works with Grand River Rafting for this summer that we are looking forward to. Work has also been going full steam ahead on our updated multimedia show so I hope that will be finished soon.

We did a performance at a Long Term Care facility a couple of weeks ago that I didn't mention before. That turned out to be really fun because the conversations with the residents after were so interesting. It really is a small world and if you take the time to really listen to people you find connections. I think that is what I like about what I do the most, the connections you make with others.

Yesterday we did the first of two shows for students from University of Western Ontario. Apparently they toured our Reserve and then after they had lunch (catered by Janace Henry) and we performed. I really enjoyed it and I hope they did to. I found it interesting that the majority of the people in attendance were watching with their phones held in the air taking pix and video. It just amused me how times have changed. I mean I never go back and watch the stuff I filmed years ago so it makes me wonder if anyone actually watches the stuff they capture on their phones. Do you?