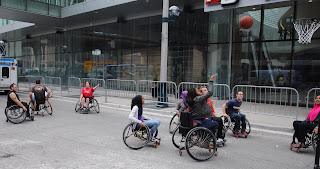 Today was very exciting for us. We were performing at the logo launch for the 2015 Pan Am Games. The atmosphere was so fun and high energy. You couldn't have asked for a better day for it. We were stationed right beside the wheelchair basketball players and I sooo wanted to play but we had our own thing to do. 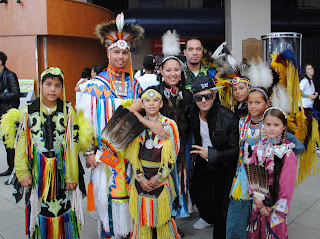 The group was very excited to see Karl Wolf at the event. He was a guest performer with a rapper who took the stage during the opening. I think every female at the event was clamouring for his autograph. lol. 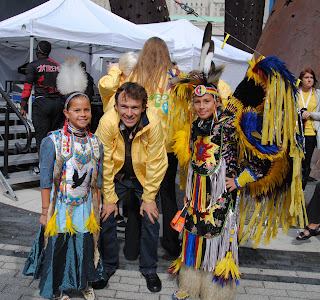 I was super pumped to see Simon Whitfield speaking at the event. I had Kris keeps her eyes on him and race over to him to get a picture before he had to leave. He was so nice to the kids spending time talking with them and Derek. I was impressed by how genuine he was. 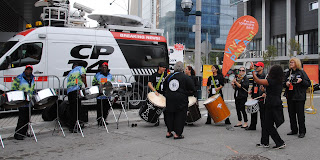 I think I mentioned that this was a high energy event and these two groups had a lot to do with that. A steel drum band as well as a samba squad kept the people moving. 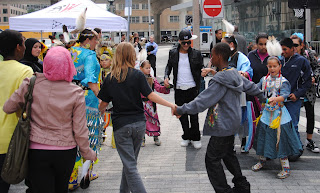 Jen asked Karl if he would join us in a round dance and he did. He took the time to speak with all his fans and take pictures and sign autographs for all of them. I was happy to see that, mind you that cut off the end of our dancing as he was mobbed by fans after dancing with us and we had to wait until they cleared out to finish up.

The song they did about following your dreams was pretty cool. Just the right sentiment for the launch event. 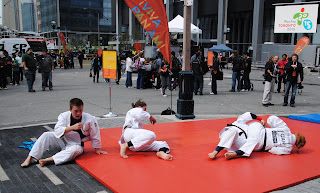 The Judo team next to us was inviting people to try some moves with them. That was pretty exciting. Once again something I wasn't able to do...next time. 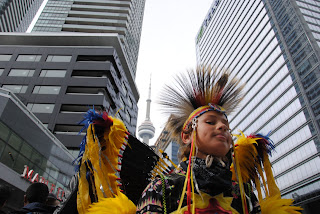 Jake had a good time today. He wanted to dance every song. 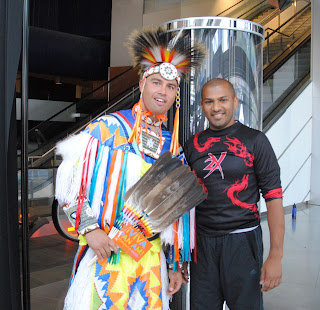 Derek was totally impressed by the warm up of this group. They were Extreme Martial arts and they were so exciting. They were so agile and they tore it up!

And to the lady in the red jacket, thanks for the support it is much appreciated!